EeZee Conceptz releases New Season EP by her latest signee, Chidinma. The converted pop singer before this debut EP, debut with the single “Jehovah Overdo”, a mellow groovy song of praise that testifies to God’s great works which has over 10 Million streams within the space of 3 months (STREAM/GET HERE).

CHIDINMA had taken a break from Music and the public eye, leaving a hint on her Instagram page that she will no longer be dancing around the same themes of her previous hits like “Kedike”, “Jakoliko”, “Emi Ni Baller” and more. Unknown to many, she has been undergoing a period of actively waiting on God and preparation for what is ahead. The unveiling with EeZee Global Ministry is the beginning of greater things ahead. The crossover for CHIDINMA is not far-fetched as she has always had a pivotal role in the Church music ministry. She has been in the Church Choir from a young age and has been serving as a music director for many years now.

The New Season EP consist of 6 tracks and a bonus (making 7 in total). See below 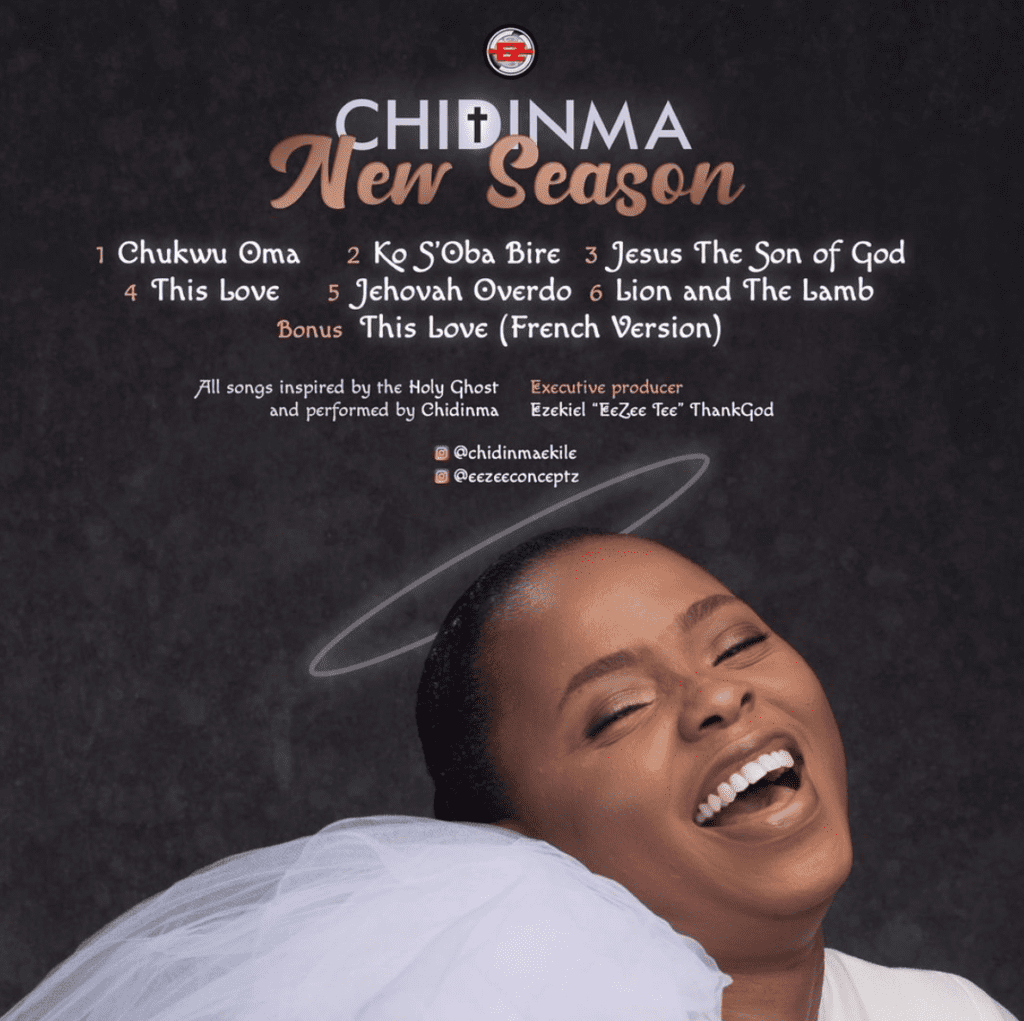 EeZee Conceptz presents CHIDINMA and The Gratitude in “Jesus The Son Of God” off her debut EP, New Season.