Usher is soon going to be a father of 4, as he expects 2nd child with a girlfriend, Jenn Goicoechea.

Usher and his girlfriend, Jenn Goicoechea, who welcomed their daughter, Sovereign in September, have revealed during the 2021 iHeartRadio Music Awards that they’re expecting baby no. 2.

The “Yeah” crooner and girlfriend, Jenn Goicoechea made an appearance on the red carpet at the 2021 iHeartRadio Music Awards on Thursday, 27th of May, 2021, and this was the place Jenn showed off the baby bump in her black gown. 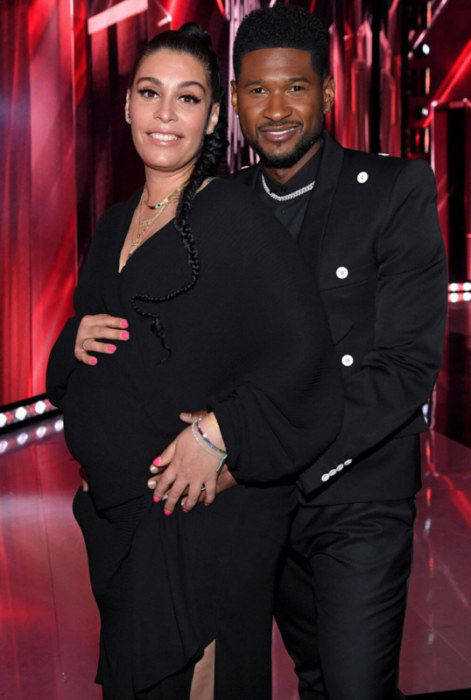 Usher and Goicoechea already have a daughter, Sovereign Bo, who they welcomed in September. Usher also has two sons, Usher V, 13, and Naviyd Ely, 12, with his ex-wife, Tameka Foster.

Usher is expected to release his ninth studio album, Confessions 2, this year. The album features the single “Bad Habits,” released in September.

During a November appearance on The Ellen DeGeneres Show, Usher shared the first public photo of little Sovereign and pointed out he and the girl share the same Zodiac sign.

“She came out earl. “She was scheduled to be a Scorpio but decided she had a different plan. Libras, you know—they kinda have their minds made up on what they wanna do.”